Peace cannot be brought by anyone

Posted on May 9, 2012 by culturalcommunity 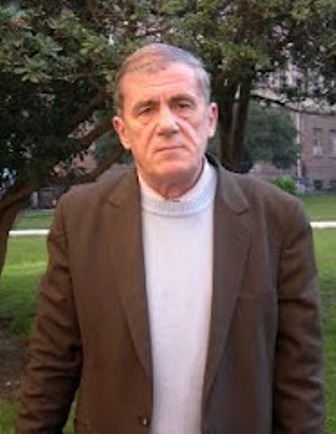 A society, a political class or expressed more specifically, people of any layer, a nation, if they live in their country in peace, make them more noble, more human, more solidary and visionary, and above all, happier. Thus, a distinguished personality, Benedict Spinoza, said: “Peace is not the absence of war, but it is virtue, a certain mental condition, a tendency for good will, confidence, and justice.” In this sense I think that such publicist books like “Personalities – Missionaries of Peace” of Paulin Rranzi, not only are very important for the health and renewal of Albanian society and politics and should be published more, because they unfold the meaningful message that peace in a country can’t be brought by anyone, but are personalities that came out by people of this country that with their name and valuable contribution in certain fields of life create wide spaces for peace, tolerance and understanding. Thanks to a dedicated work in the summary with writings in portrait form, the author has illuminated different sides of the character of 10 Albanian personalities, who are distinguished for their valuable contribution in certain fields of social and political life in Albania and beyond. All the writings are traversed by another interesting message: ardent love for Chameria and Kosovo, which won its independence, but with war against the Serbs, in which as it is known, NATO gave an extraordinary help, because the Serbs exerted an unprecedented genocide against the Albanian population. While the missionaries of peace want the independence of Chameria to come true thanks to dialogue, understanding and tolerance, so, in a word, thanks to peace between parties. The author of the book to structure his work and to gather an abundant material has used, as to say, “up to the core” as main source the outstanding impressions of the tireless writer and journalist of Cham origin, Shefki Hysa, who has known all the personalities of the book and had friendship with them. Thanks to this material, that relates to the overall and diverse life and activity of personalities missionaries of peace, which he has drawn its portraits with mastery and publicistic pathos, the author from this material has managed to gather many situations, expressive details and tenuity. These artistic tools on one hand arouse the interest and curiosity of the reader and on the other hand deepen and make more prominent the lines of the portraits of missionaries of peace. In the writing “Man in love with peace”, dedicated to the former president of Kosovo, deceased Ibrahim Rugova, the reader will be known not only with an intriguing situation, with endless efforts, wisdom, agility of the journalist Shefki Hysa to interview the Gandhi of the Balkans in the summer of 1991, but also with their warm political conversation, from which are revealed the viewpoints of Rugova for Kosovo’s independence, his noble and peace-loving spirit, simplicity, modesty as he reached to make friend the Cham journalist and then introduce him with a rare diplomat of that time, Ambassador Richard Holbrooke. Even in the writing “The dissident that commiserated the political opponents”, dedicated to the deceased Pjetër Arbnori, or as he was called by all, Mandela of the Balkans, is noticed that the vital material that the author used to give form to the figure of this remarkable personality is the result of impressions and memories of the known writer and journalist from Chameria, Shefki Hysa. When the deceased Arbnori became Chairman of Assembly he had close relations with Shefki, who at that time worked at the administration of the assembly. They became friends and collaborated at the field of edition. Thanks to this collaboration, Pjetër Arbnori published some books, which were welcomed by the readers. Meanwhile with his help were brought in homeland the bones of the great Cham writer, Bilal Xhaferri.
In the book, the figure of Arbnori is drawn with love as the figure of a man, artist, with rich spiritual love, noble, approachable and communicative with simple people, debonair, funny and benevolent. But let us leave the word to the author by detaching a short passage from the book that the reader to understand better who was Peter Arbnori: “The writer Pjetër Arbnori felt delighted as a naïve child in front of the book. Burnished it with hands and fell in tears. It was his first edition and he was not very young, but 57 years old. Understandably, he would feel excited by all those things he had passed in his life. He was as human in that behavior, as with that longing ignored even his position as a senior politician. He could have been serious with a bureaucratic mask in his face, but not. He was man. He was a great man.” 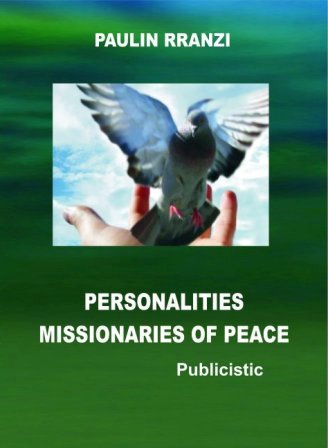 International organization about the culture, traditions, customs, mentalities, popular physiology, etc...
View all posts by culturalcommunity →
This entry was posted in Publications. Bookmark the permalink.